That’s right! I know some people may not want to talk about it in public but I have to say that I’m proud of myself! I had to get a little help along the way but tonight I made whoopie. Well, a whoopiesling, that is.

I’ve been waiting for the right time to play with the Amsteel Blue I picked up from Redden Marine last month and decided that today was the day. It took much pain (literally) and suffering before I was finally led to the Holy Grail of whoopie enlightenment but it finally happened.

It turns out I was making things harder than they needed to be. Like a cleanly hit golf shot (or so I’ve been told since I’m king of the duff) the task of making the bury, milking the bury, and everything else felt perfect when I learned what I was doing wrong and corrected it. Alas, I have marks on my hand and a few broken/damaged tools but that’s the price of learning.

Just look at this fixed eye. Ain’t it a thing of beauty? I’m very proud of my locked brummel. 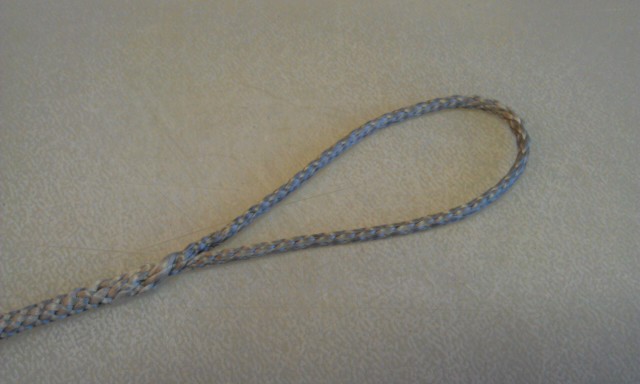 Once I figured out why burying the tail wasn’t working right I quickly knocked out the compression sleeve. In this picture I realized it was too short so I actually removed the standing end and extended the compression by about 4″. 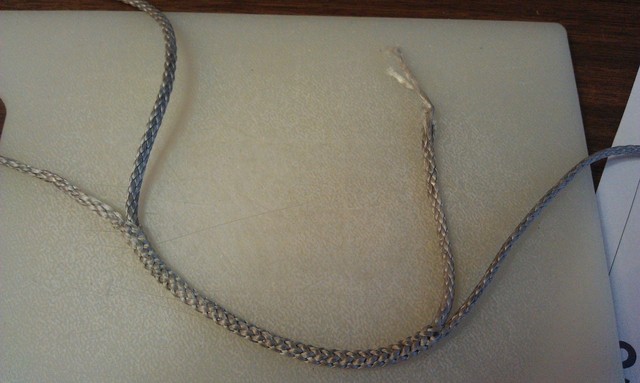 I didn’t want you to see the horrible mess on my work table but this shows the mostly completed whoopiesling. I didn’t take a picture of the backsplice on tail of the standing end but trust me when I say it’s a work of art. 🙂 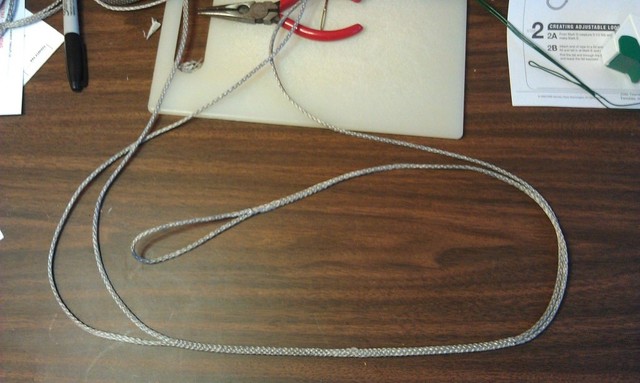 I think it’s safe to say that I am now King of the Whoopie! Ok, maybe that’s a stretch but it works for me. 😉

Once I finish the next one I’ll be ready to swap out the ring/buckle suspension on the Hennessy hammock. You know you were dying to ask, “But why?” Now you know.