It’s very difficult to have new gear waiting in the wing with little to no time to try it out. This is how it’s been since I got my ULA Circuit pack a couple of weeks ago. All I’ve had time to do was look at it longingly wishing I were on the trail.

Today I decided come hell or high water I was going to take it out. It took most of the day for the opportunity to arise but my son and I finally headed out and made our way back to the Teddy Roosevelt Area of the Timucuan Preserve.

I loaded the pack up with about 23 pounds of misc stuff that may find its way into my pack for a multi-day trip. I wouldn’t carry it all since some things were just thrown in to add weight. I was trying to get it somewhere near the max recommended load but I got tired of stuffing it. 🙂 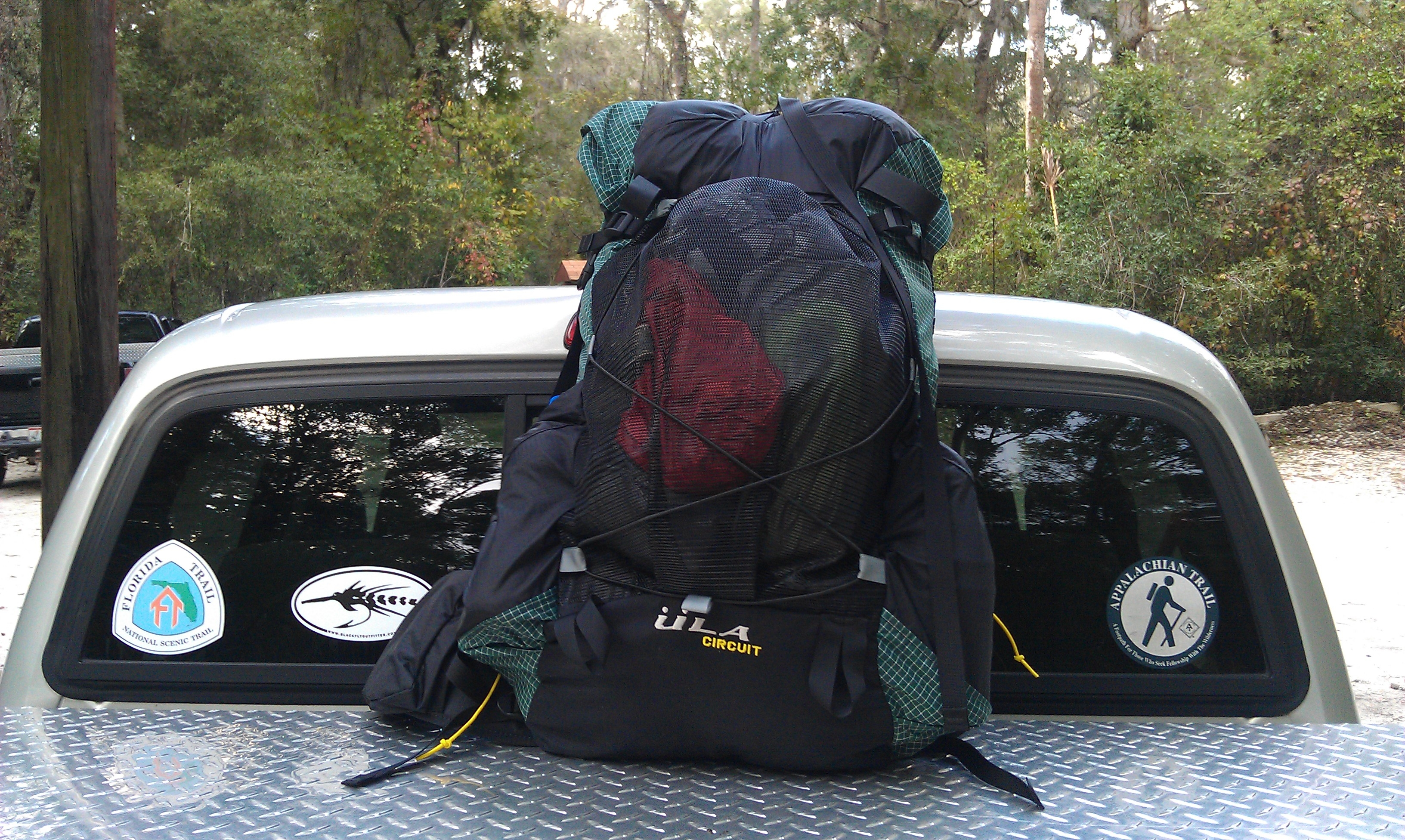 Daylight was rapidly fading and I suppose it didn’t help much that I was taking a number of pictures along the way as well. In addition to testing out the Circuit I also decided to finally document this hike for EveryTrail. I’ve done it so many times but I’ve never done much to document it for others. This was my first attempt with the EveryTrail Android app and it worked pretty well. See for yourself.

We only covered 2.6 miles per ET but the Circuit seemed to ride very well. It’ll take some getting used to having the pack right against my back but it did seem much more comfortable than the Deuter. I did have a couple of issues with the hipbelt. The first is that a large might actually be a little big. I’m going to try to find a medium to see if that fits any better. Also, thanks to being slightly rotund around the mid section I felt like the belt pushed into me a bit. I don’t think it was really enough to bother me but it might be after a few more miles.

I did discover one thing upon returning home that fortunately didn’t cause a problem for me. With the Deuter I’m used to throwing my snack bag in the side pocket with my water bottle and that’s exactly what I did with the Circuit. However, I realized that the pocket isn’t solid. Each pocket has about a 2″ section that isn’t sewn shut. I found my bag of trail mix hanging out. That would’ve really sucked had it fallen out on the trail. I’ll have to remember that in the future. The light area in the middle is my water bottle. 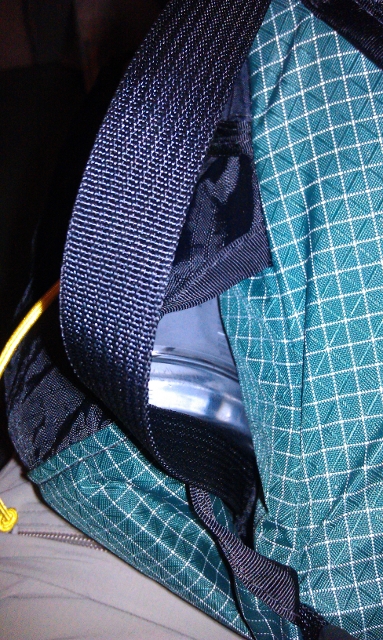 All in all the first run was pleasant and I’m happy with it. I definitely need to get some more miles with it to make a final determination but it’s promising so far.