Well, one can hope anyway. Since I’ve been looking for a kayak I’ve been contemplating what to do for a GPS solution. I have an awesome Garmin 60CSx which works great and has served me well. However, it’s not real fun trying to using it on the trail in its waterproof bag and really didn’t want to mess with it on the yak.

I was at West Marine last week and happened to see that the Garmin 76Cx was on sale $100. Figuring I didn’t need another mapping GPS I decided against it. Unfortunately I kept thinking about it. Two of the greatest benefits to the 76 are that it floats and is waterproof. It’s reassuring to think that if it gets knocked overboard it’ll float on top. I went back to get it today and the sale was over.

This is where the story gets good. The whole store was in disarray as they’re re-arranging everything. There were some guys taking a break and they asked if I’d found everything. Normally in this situation I would’ve just said “Yes” and been done with it. For some reason, though, I said I’d just found that I’d missed the sale. They asked what I was after and they said the sale ended less than 10 days ago. Here’s a tip: West Marine will honor the sale price within 10 days!! So now I have a new GPS for the yak! 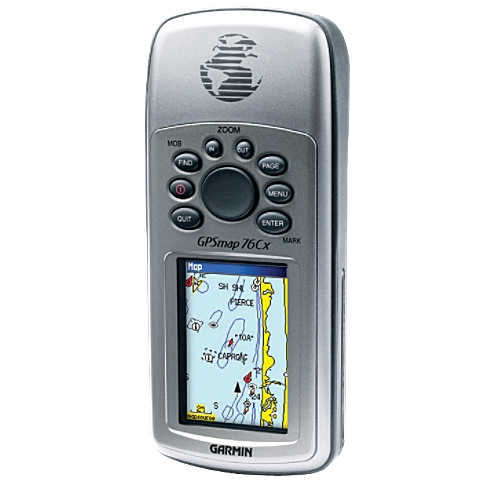 This is really a pretty big deal. Since I’m new to marine navigation and I’ll be sitting pretty much at water level where it’s harder to see navigational elements the GPS should play a big role in keeping me on track. Likewise, if I find that the tide is turning and I’m not quite sure how to escape before I’m stranded it should help me find the quickest route back. There’s also another aspect to consider. I now have the ability to save waypoints of where I caught particular fish along with specific details about the catch: lure/fly, weather conditions, water temp, etc. All of these things can help me make better decisions of where to go and what gear to bring on future trips.

I haven’t loaded the MapSource software yet but when I do I think I’ll be feeding it with the Florida Topo map from GPSFileDepot. I’m keeping my fingers crossed. At this point I don’t think I can justify the expense of Garmin’s BlueChart software and the GFD file is supposed to have marine featers. Free is much better than, well, not. 🙂

So that’s my story. Watch out fish, I’m comin’ for ya!