As much of a backcountry stove aficionado that I am, I’m remorseful that my MSR Whisperlite International hasn’t seen any actual trail use. I picked it up for it’s ability to burn multiple fuels when I was still using canister stoves. Once I got hooked on the alcohol stoves it got pushed further down into the storage bin. Those days are gone now!

I think everyone is bringing a WG stove of some sort for the Idaho trip. Today I decided that I might was well try a favorite dish before the trip to see if it’s worth taking the goods. The Whisperlite isn’t a light stove as the name implies. I believe the stove alone weighs in at a smidge over 10 oz. The fuel is considerably heavier. And I’m sorry, I need to vent, but I don’t understand why MSR charges $20 for the 20 oz fuel bottle and the 11 oz is just two dollars cheaper. WTH? If you only need the smaller bottle you can shave 2 oz off the bottle weight alone. Oh well, I can’t see dropping another $18. Lesson learned.

Now that that’s all out of the way, what the heck did I do? Well, I went to the “backcountry”. It’s also known as my front porch. Very remote. Just a few strokes of the pump and the pan primed like it should. And with a flick of the Bic she was on fire. Don’t worry, that’s normal. 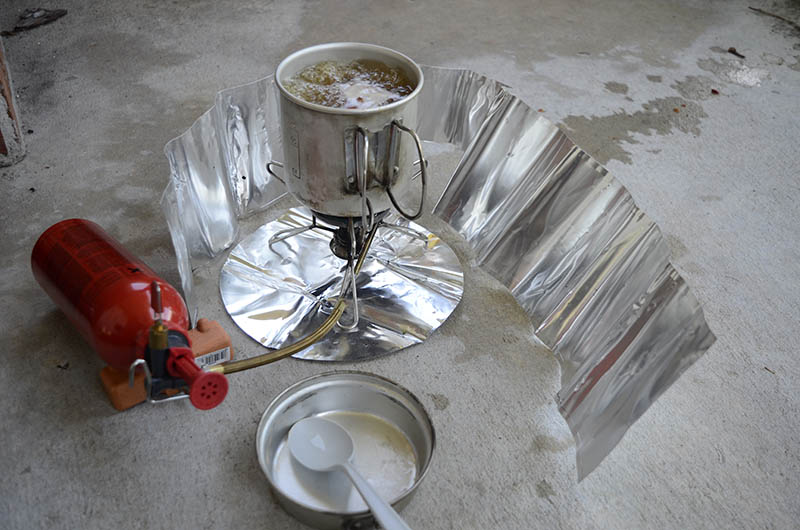 And before anyone comments that I have the windscreen backwards, I know. I like to have a clear shot when I’m taking pics. So there. 🙂

I brought the random amount of water in my trusted Snow Peak 900 pot to a boil in about 4 minutes and realized pretty quickly I had too much water for the amount of pasta I added. I managed ok, though, and only bubbled over a little at the very start. I was able to manage it by stirring regularly. 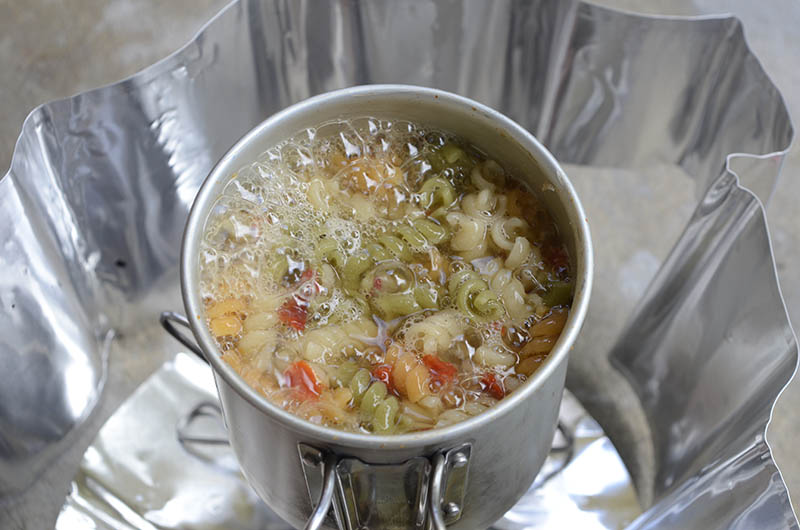 This is a dish that I’ve really come to love at home but since I never really do much cooking on the trail I’ve never had it away. I think it’ll be a great addition to some wild caught trout, though. Twelve minutes after the boil started the pasta was done and it was time to put the finishing touches on it with the olive oil and seasoning. As usual, it tasted great. When your 9-year-old wants seconds you know it’s a home runl 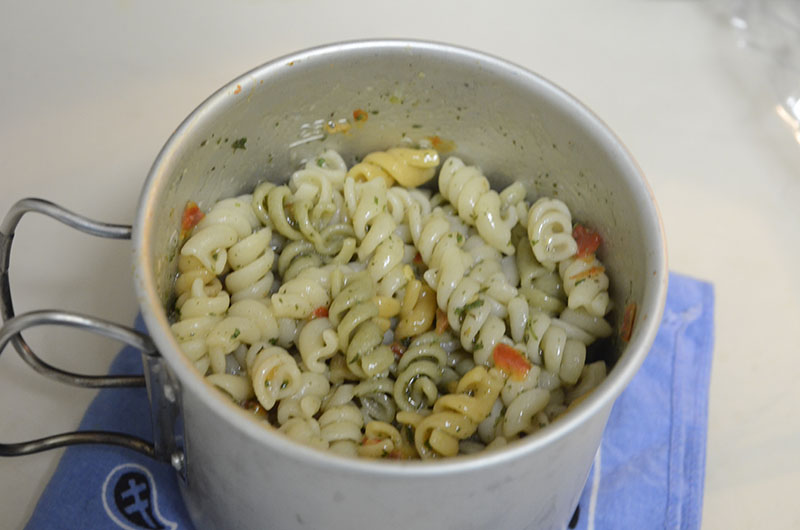 I’m still debating on how to do this. It would be a lot easier in the field (especially with cleanup) to just fix the noodles at home and dehydrate. I just don’t know if it’ll have the same effect. I think I’ll go ahead and cook it in the field. I’ve got the fuel bottle. Might as well use it. 😉