On Saturday, Feb 8 a number of FTA volunteers, myself included, found ourselves sitting in a building at the Lake Bryant Work Center in the Ocala Natl Forest. We were joined by two USFS instructors ready to lead us in some chainsaw training. For the majority of us this was a recertification.

The trip down had been cold and wet. The rain went waffled between heavy downpours with limited visibility and light drizzle. The rural highways I took after exiting the interstate didn’t have a lot of traffic which was probably a good thing. It felt nice to get into a warm room and enjoy some coffee.

After a couple of hours of safety discussion we broke out the Stihl saws and went into a nice, in-depth maintenance session. Many of the saws had been in storage for quite a while so it was a good thing for us and them. 🙂 We stripped the saws down and greased the needle bearings before heading over to the shop to blow them out with some compressed air. Once we were back in the room we broke for lunch and resumed with some chain sharpening. I’m really going to have to purchase a Pferd Chain Sharp. That thing is awesome!

The remainder of the afternoon was spent covering the skills required for safe and proper bucking and limbing. The weather started turning and as we wrapped up for the day the sun broke through and the clouds split to show a beautiful blue sky.

A few of us headed deeper into the forest until we reached the OHV center which would be our camp for the night. The temperature wasn’t too bad until it started dropping after dinner but the fire kept the chill away. We all turned in fairly early and I crawled into my wonderful home away from home. 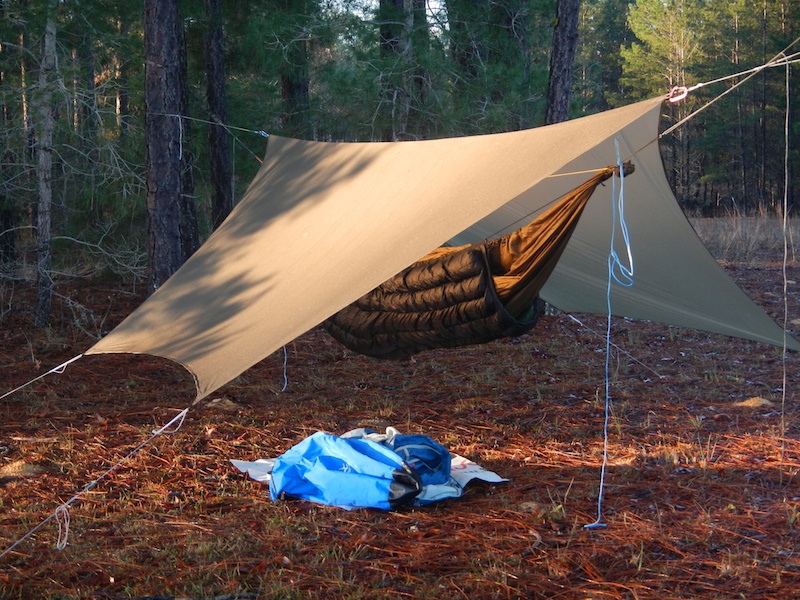 After a great nights’ sleep I crawled out of the hammock and had a quick breakfast. Then it was about 10 more miles into the forest to our work site. 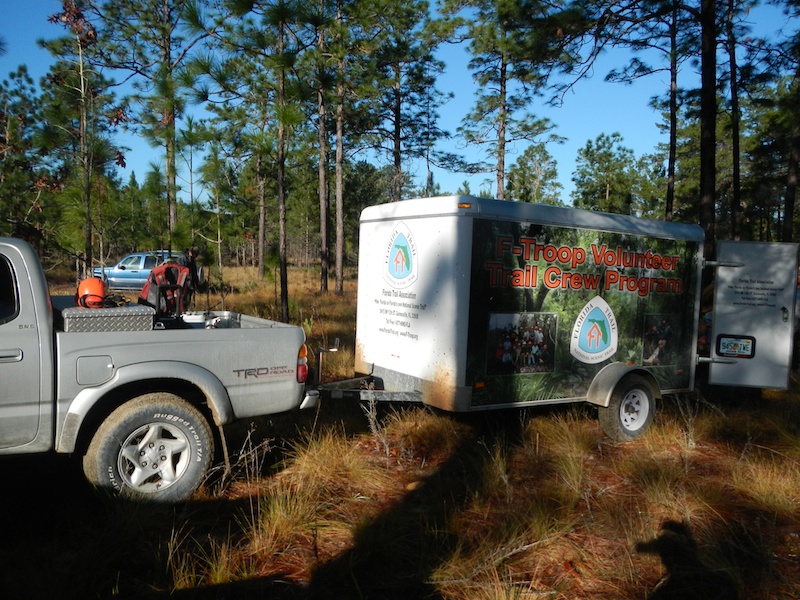 The first order of business was getting everyone outfitted with PPE (chaps, eyes/ears, and hardhats) and getting the saws fueled. 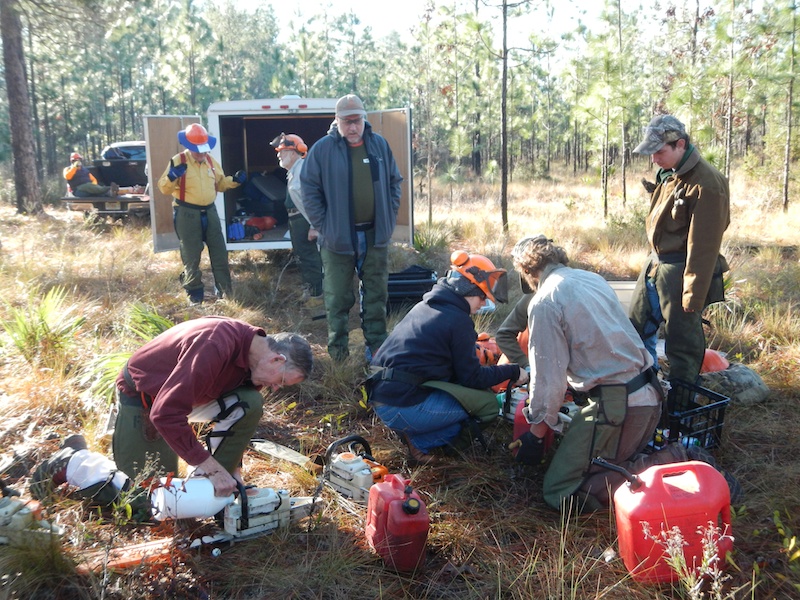 After a quick review of the limbing process our first sawyer went to work. After a couple more attacked the first tree they left this behind. It’s a good example of how you need to be aware of supporting limbs so you don’t cut something that might end up causing the log to shift. 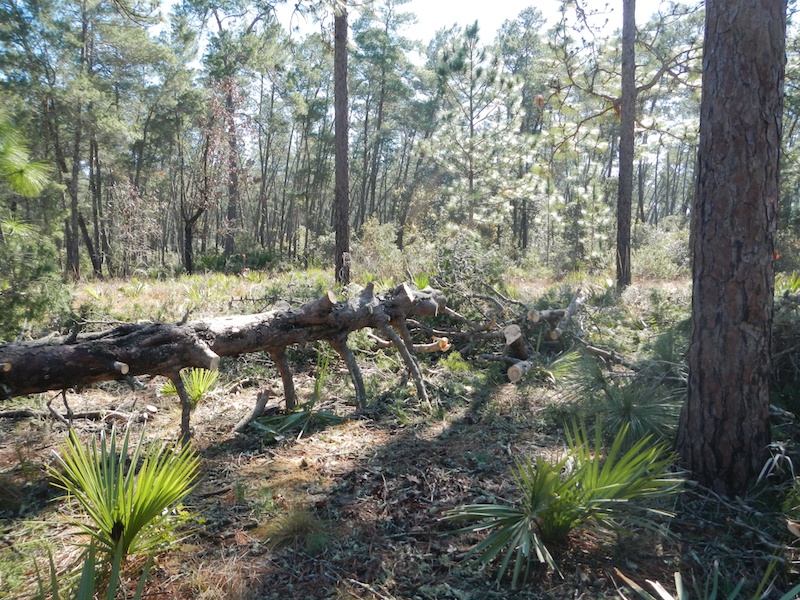 While the majority of us stuck around for this session one of the instructors took a student to help him cut some trees down. After lunch we split into two groups to attack our own trees. The instructor would paint a picture of what we needed to do and we’d have to bring it to fruition. 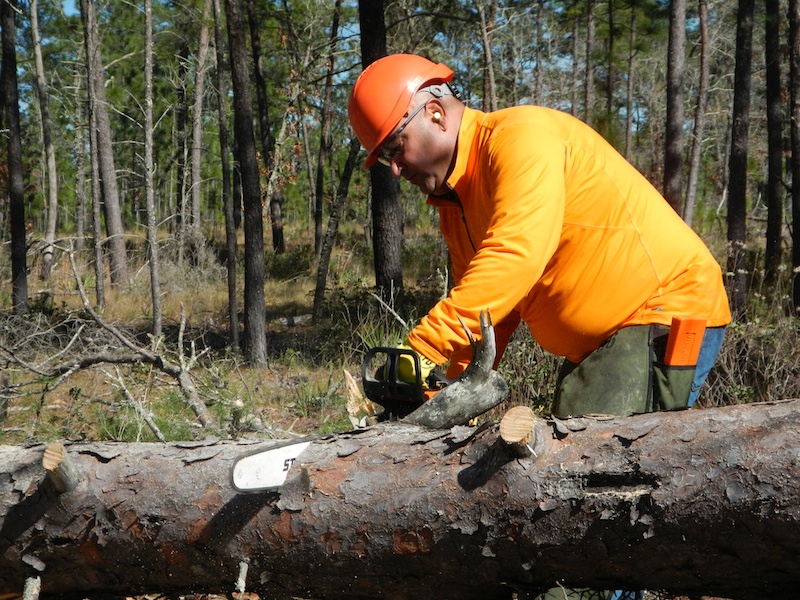 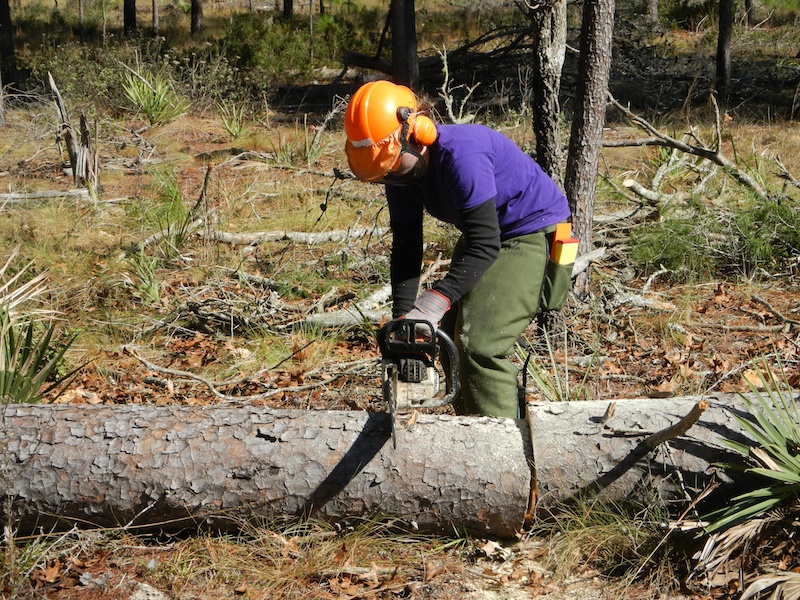 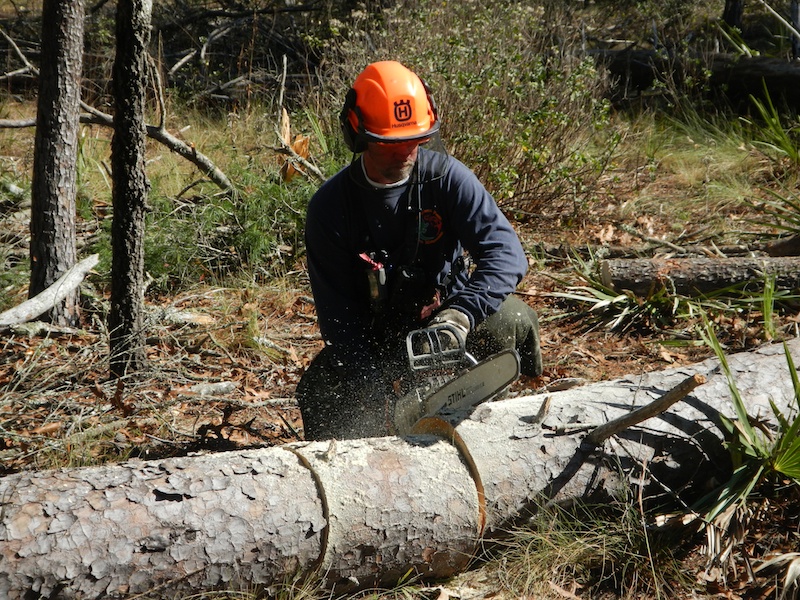 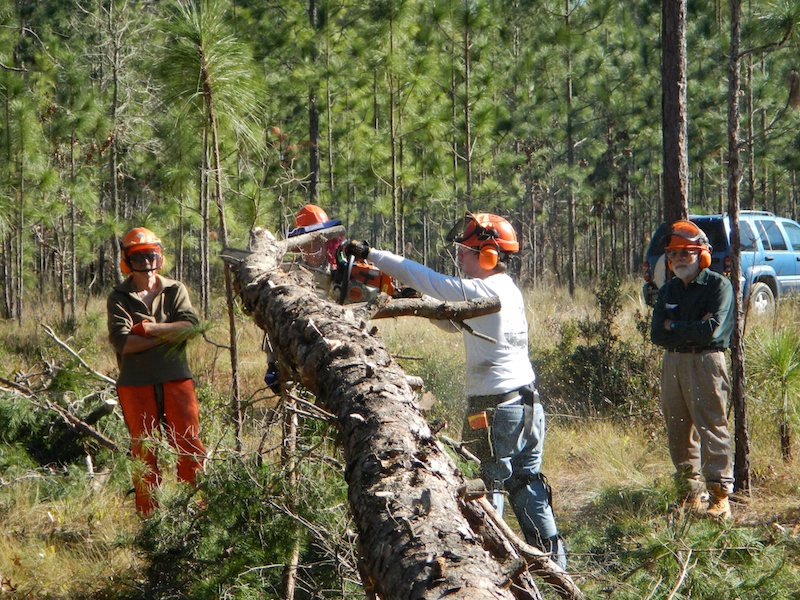 At the end of the day I’d learned still another method for sharpening the chain as well as some techniques for cutting with a little more finesse instead of always gunning full bore. I had a great time and look forward to using my renewed skills on the trail. 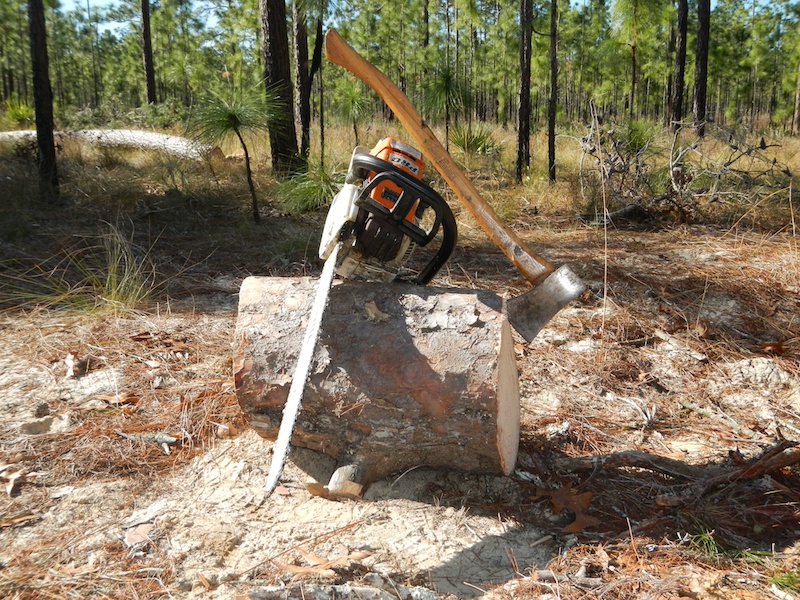